Generation Z grew up in a world where they literally can discover news on twitter before they ever see it on the actual News. They live in a world where terrorism is not just in the middle east but it hits their home turf and the enemy seems faceless.  They live in dystopia, and it stresses them out.  Why are they like this?They have seen the traditional methods that generations before them tried and have seen them fail.  They don’t trust anyone but themselves.  So when you don’t show up…they are ready to step up.  They almost anticipate you not showing up.

The below photo has lyrics from G-Eazy.  It has some profanity in the song, and I don’t typically quote profane lyrics, but the first part of the lyrics are so descriptive of the generation it was written from.Sounds pretty sad doesn’t it?  Their hope is in them.  So how do we move a generation whose hope is misplaced? 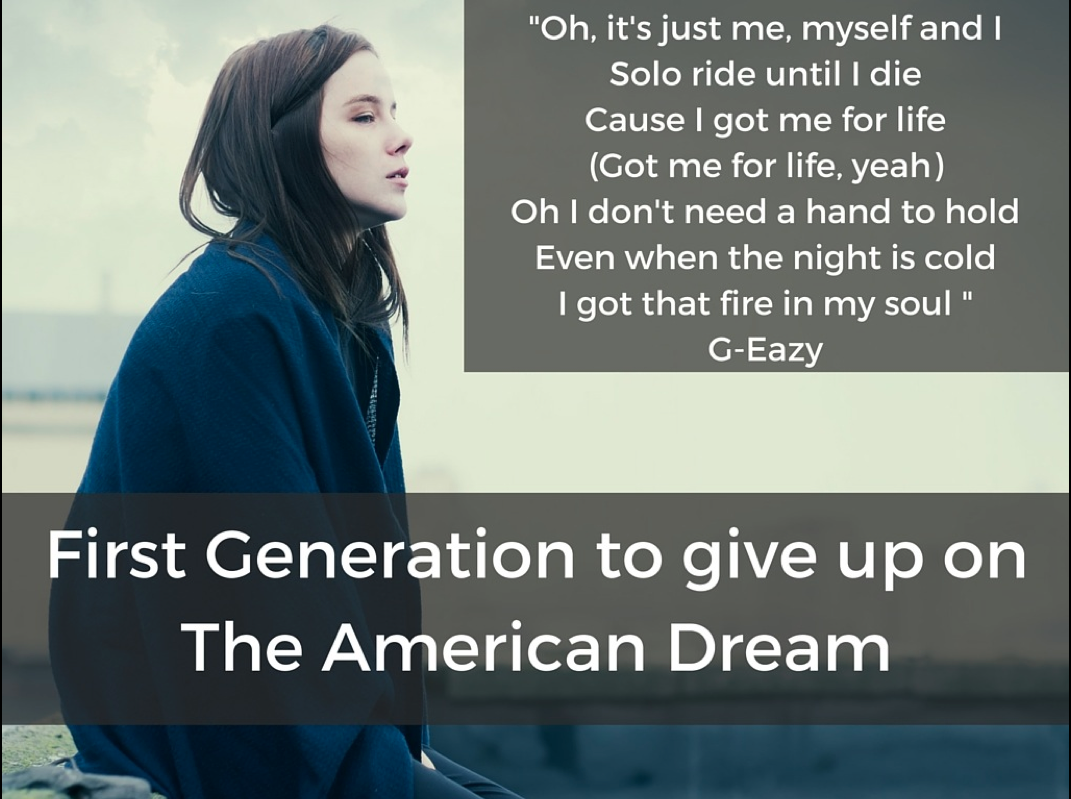 We pray for The Only sure Hope to make Himself known to them. We live lives that give evidence of surrender to Christ in a world for them that yells for them to be their own god.

I’ve been wrestling with this for awhile…but won’t you join me in praying for Gen Z? They are an amazing group of individuals.  If they were to latch on to the truth that He is their only Hope and surrender their lives to Him…I get chills thinking about what this generation unleashed would do as kingdom builders.

Pray for a GEN Z girl you may know by name this week.  Feel free to write her initial down below in the comments and your prayer for her.

Pray: God I pray for _______that she will begin to see that she can “do all things” but only “through Christ who strengthens” her.