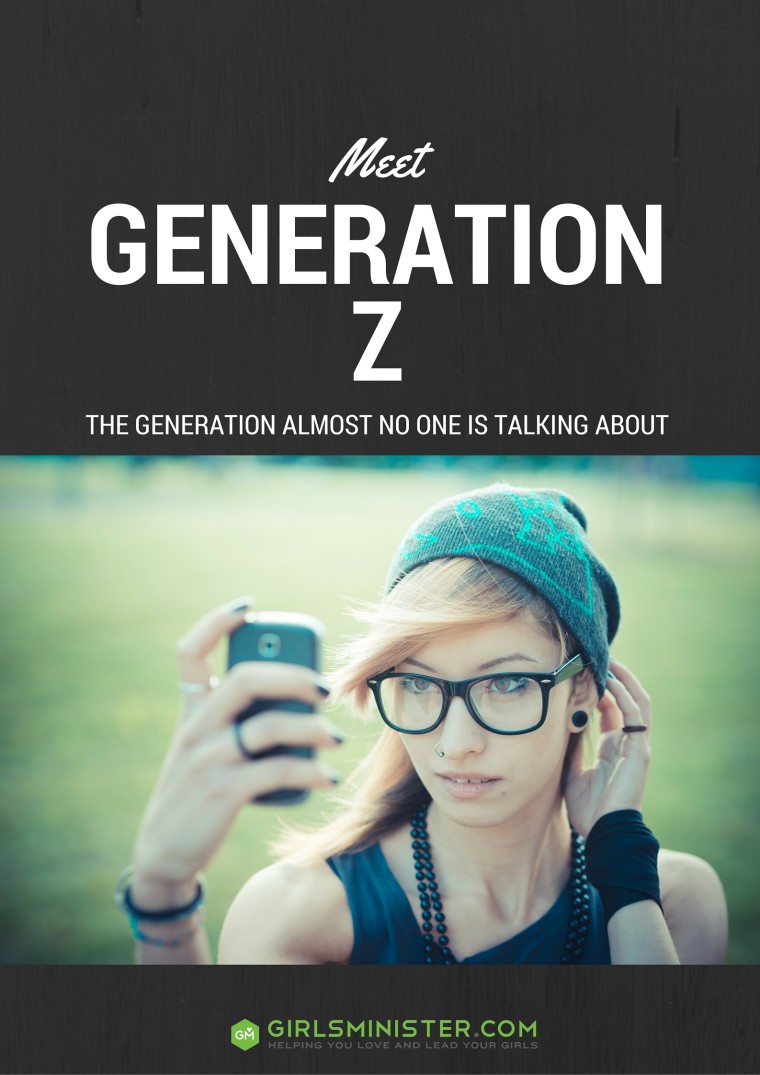 When you’ve been in girls ministry at one place for 14 years, you get to see trends and observe shifts from generation to generation.  I feel pretty well equipped in how to minister to Millennials. After all, we’ve been receiving information and research on this generation in such large masses that there is a term called, Millennial Fatigue, that is setting in.  But it hit me this year that something had changed.  The way students were responding and leading began to seem different.  My yearly girls retreat lead team meeting was completely sabotaged and it nearly caused me to get out of Girls Ministry altogether.  I began to think, I’m too old do to this.  And then thankfully, I began to have my heart awakened to this new Generation that had been in our ministry for several years, but no one had mentioned their arrival.  See in many ways, they may look like Millennials.  Many have siblings that are Millennials. But make no mistake…Generation Z are not Millennials.  And as I’ve become aware of their presence on our planet, it has re-energized my passion and calling to work with Students.  When you don’t know who you are ministering to, you miss the target.

While different researchers will divide Generations by different lines, the year I am going with is with those who were born in 1995 to 2010.  There is already a growing amount of research being built on Generation Alpha which is anyone born after 2010.  But what about Generation Z?  Millennials have been the most researched Generation to this day, and then Generation Z sort of crept in behind them.  Student Ministry classrooms and specialists still seem to be giving resources and research that is specific to Millennials, but we have our ministries flooded with Generation Z.

This Generation is filled with an independent, industrial, and entrepreneurial DNA that will have them most-likely leap frogging Millennials for jobs.  I have seen their ability for leadership and it is outstanding.  I watched first hand as I gave them the target for our Girls Retreat and told them what I needed them to do, and then I left them briefly to go get them some snacks.  When I came back, they did not stay in the groups I had put them in. They became a large collaborative group of thinkers.  And then they told me they wanted to go a different direction with our retreat.  I walked away from that planning session defeated and overwhelmed because I had set it up just like I had for all the Millennial leadership teams I had empowered before.  However, this was a Generation Z team.  Our next planning meeting went much better.  I learned more about how to set up the items they could not control and allow them to set preferences.  I learned the value of co-collaborating with them and not just letting them color in the lines.  Our retreat ended up being an amazingly messy and rewarding adventure.  There is so much more that I’m learning about Generation Z so I have put together a short Info PDF to give readership some handles to hold on to.  In order to get this exclusive content, all you have to do is sign up for our email subscription and it’s all yours!  If you have already signed up, I will be releasing it to you this week.

Here is a sneak peak of some of the things: 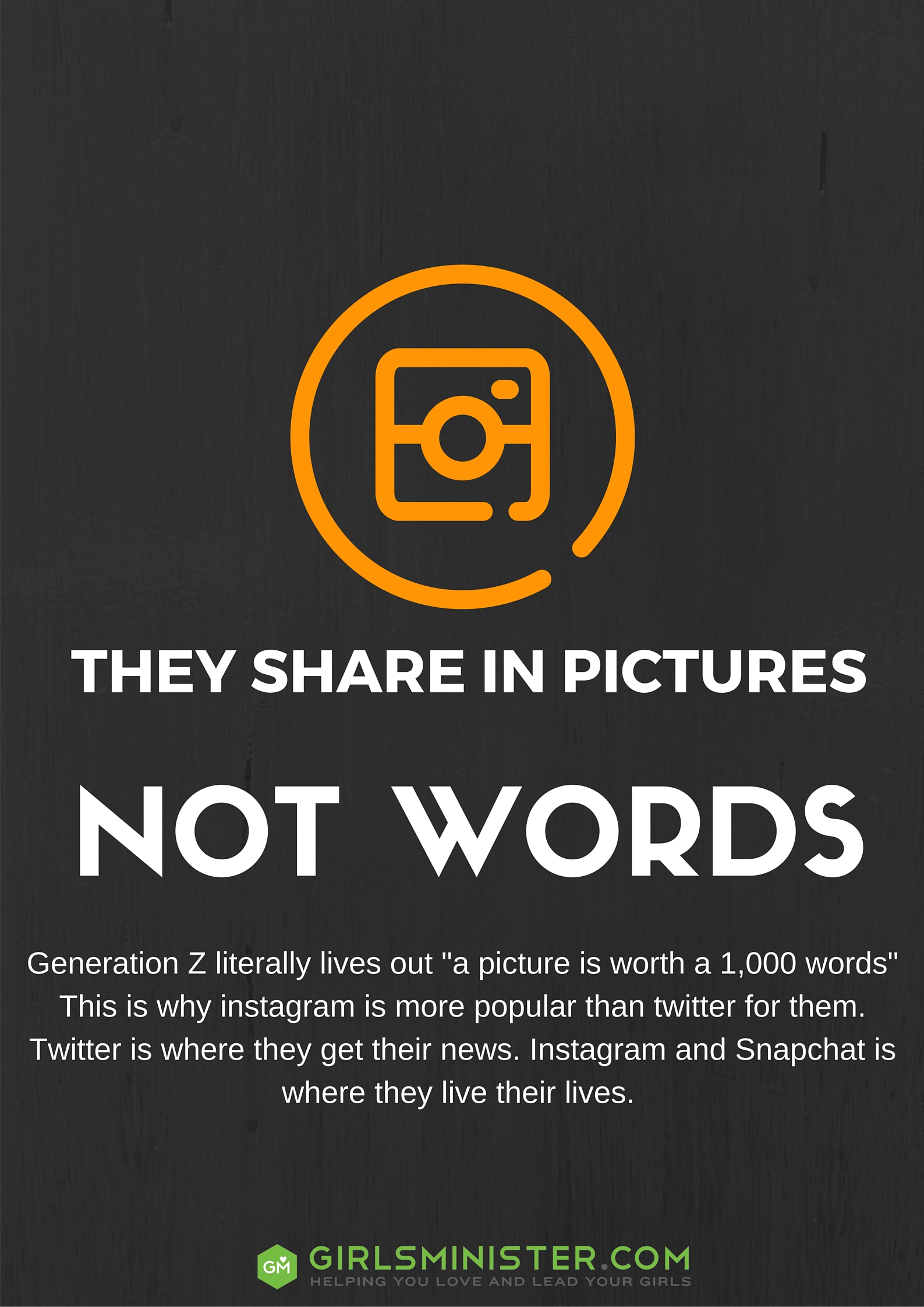 So what does that mean as we minister to Generation Z? It means that we need to communicate with them in their language. Especially as we are teaching them about Jesus. When I was working with Lifeway on developing the Girls Biblestudy to Faithful One, using Scripture Doodles and pictures to help girls take notes was one thing that I was seeing in the lives of the girls I was ministering to. This is the language of Generation Z. We need to incorporate this alongside of our teaching and hang out time with these students.

What about you? Are you seeing the differences between Millennials and the students you have in your ministry or in your homes?

Comment0 | Share | Tweet | Share | Pin It | +1 | print | email
Categories: Girls Ministry, Pop Culture
Disclosure of Material Connection: Some of the links in the post above are “affiliate links.” This means if you click on the link and purchase the item, I will receive an affiliate commission. Regardless, I only recommend products or services I use personally and believe will add value to my readers. I am disclosing this in accordance with the Federal Trade Commission’s 16 CFR, Part 255: “Guides Concerning the Use of Endorsements and Testimonials in Advertising.”