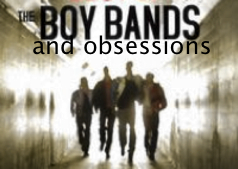 Have you recently heard the girls you work with talking about One Direction?  Have they whispered about it during Sunday School and you dismissed it thinking “what a great teacher I am. They must be talking about the only direction that matters…following Christ?!” Well you’ve been bamboozled if you thought that…they are talking about the newest boy band sensation.

Confession time:  if you think boy bands are powerless, you are mistaken.  I fell prey to their persuasive allure myself when I was in middle school.  Everyone of my friends had picked out a NOKTB to “love” and I too decided to align myself with one particular member.  I didn’t pick Jordan cuz everyone picked Jordan.  I didn’t pick Jonathan because he was not really a leader.  I didn’t pick Joey because I had the foresight to recognize that baby voice would be changing shortly and his powers of high pitchedness would be gone.  I didn’t pick Danny because well, can you blame me?  I was superficial.  I picked Donnie.

Now to be fair, I owe Donnie a lot.  He got me through the painful wall sit during the Presidential Fitness challenge.  Instead of thinking of the pain, I prayed for Donnie’s soul.  Why did I do this?  Because even as an 8th grader I knew we couldn’t be together unless he too were a Christian.  Now that’s spiritual maturity…or so I thought back then.  The thing is, I know first hand what it feels like to be under the power of a boy band.  It’s rough giving your loyalty to a group that has no idea who you are and will eventually begin to develop male pattern baldness and fall off the scene before you graduate from college.  And as a girls minister who has lived through a few boy bands that have risen and fallen, and watched what they do to the teen girls we work with, I felt like it was time to give some attention to this “One Direction” so you can seem knowledgeable when the topic arises.

Imagine my surprise when two guys named Rhett and Link whom I just discovered on youtube and jellytelly.com yesterday (thanks to my husband @dgirardier), decided to cover this topic on their morning webcast.  It’s just a humorous look at the 5 guys that make up the band, but it is informative if you’ve never heard of One Direction.

QUICK TIP FROM GIRLSMINISTER.COM ON WHAT TO DO WITH BOY BAND OBSESSIONS:
One thing’s for certain…boy band obsessions are a reality. Just like Beiber Fever breaking out, you’ll have girls swooning over One Direction. If you do have a serious case of unreality setting in for a middle school girl who really aligns herself with one person in the band, you may need to help her play the movie forward and realize that the only direction she’ll be headed with this obsession is Dissapointmentville: population 1.

1. Begin to help her “tell a better story” with her life, than the one of obsessing over every detail of this boy band.
2. Do some dreaming with her about how she can make a difference right now with her life.
3. Partner her with a girl who is older than her and inoculated from the boy band virus. It may distract her long enough from her obsession to be mentored by a cool older girl who knows what she’s doing with her life.
4. Start an ongoing challenge with her called “no boy band trivia challenge”. If she provides you with boy band trivia, she has to do ____________. But if she makes it 48 hours without looking at, talking about, or listening to said boy band then she gets to do _________.
5. Memorize Colossians 3:2 together. Ask her what difference it would make to “Set your minds on things above, not on earthly things.”

Comment1 | Share | Tweet | Share | Pin It | +1 | print | email
Category: Girls Ministry
Disclosure of Material Connection: Some of the links in the post above are “affiliate links.” This means if you click on the link and purchase the item, I will receive an affiliate commission. Regardless, I only recommend products or services I use personally and believe will add value to my readers. I am disclosing this in accordance with the Federal Trade Commission’s 16 CFR, Part 255: “Guides Concerning the Use of Endorsements and Testimonials in Advertising.”