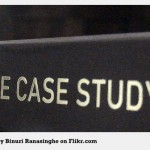 This past week I had a great conversation with a mom regarding her daughter. Even though I had not talked with this mom before regarding this particular situation, the conversation itself is one I’ve had several times before with different moms. I thought it might be helpful to walk you through a case study of this popular conversation.

So what do you do as a girls minister/ volunteer?
Ask this question:
Have you noticed any changes in her relationships?
Are there any girls that she used to hang out with and now she doesn’t?
Has she mentioned any experiences that may have caused her to feel less confident?

If they answer yes to any of the above questions, then it’s possible that she has had a friendship hierachy tornado hit her life. It’s a part of girl world life. If she hasn’t had it happen yet, it’s probably coming.
What’s a hierachy? The definition is as follows: A hierarchy (Greek: hierarchia from hierarches, “leader of sacred rites”) is an arrangement of items (objects, names, values, categories, etc.) in which the items are represented as being “above,” “below,” or “at the same level as” one another.
So what does this mean in girl world? It means that what was at the same level as the girl has either become more important or less important. Or the girl herself has dropped or risen in the hiearchy herself.

When I was in middle school, I had a group of nine girl friends. We would sit together at lunch and always attend every social gathering together as a clump. But if you dug deep enough you would realize that there was a hierachy even in our clump. And sometimes I came home from school excited because I was in the “inner circle”, and other times I came home discouraged because it was my turn to be the odd girl out. My mom says it was like clockwork when it was my turn to be out of the inner loop. I didn’t see it, but she did. My mom did a great job of not meddling but calling out things in my friends that she thought were good, and when I got hurt or treated poorly, she would ask “do you think that was something you deserved or were they being a good friend to do that to you?”. We had good talks, albeit the length and depth of the conversation were in my hands when it came to talking about friends. But when I was ready to talk, mom was always there.

So what can you do as a girls minister to help moms that come to you with concerns regarding their daughter not wanting to come to church?
Share with the mom that in this GSI (Girlworld Scene Investigation—what? Too cheesy?! Sorry) you both may need to observe her daughter and ask some key questions to begin to determine the cause behind her change in wanting to be at church.
1. Encourage her to encourage her daughter to keep attending. This is one of the big battles she needs to fight. If this isn’t solved, it’s possible that she will not see church as a welcoming place in the future. It will be painful to tell her daughter she has to go somewhere she doesn’t feel comfortable but this is a prime opportunity for you as girls minister to ease this situation. Offer to the mom to meet the daughter for a coke or coffee talk to “get to know her” or “catch up”. See if the daughter will share with you regarding why she is not wanting to go to church anymore. If there is another group of girls you can introduce her to than the previous group she may have been hanging out with, it may help her feel more open to trying church again. I have found that forcing girls to “work it out” has not been very successful. But creating some new friendship opportunities often times can help out greatly.

2. Ask the mother to ask her daughter what it would take to get her to feel more positive about attending?
Would a friend buffer be an option? (A friend buffer is someone that is a neutral friend who comes to an event to secure that the girl will not be alone) PS don’t use the term friend buffer as this is not a recognized term but merely one that I’ve made up for our use behind the scenes of girls ministry.
3. Encourage the mom to pray for her daughter during this difficult time. She may not be able to find out what’s actually going on, but God is fully aware and is able to work in her heart and the heart of others unlike girls ministers, moms, and volunteers.

These are just some starter options that I would offer if this case scenario were to appear on my doorstep. What about you? What else would you do in this situation?

Comment0 | Share | Tweet | Share | Pin It | +1 | print | email
Category: Girls Ministry
Disclosure of Material Connection: Some of the links in the post above are “affiliate links.” This means if you click on the link and purchase the item, I will receive an affiliate commission. Regardless, I only recommend products or services I use personally and believe will add value to my readers. I am disclosing this in accordance with the Federal Trade Commission’s 16 CFR, Part 255: “Guides Concerning the Use of Endorsements and Testimonials in Advertising.”